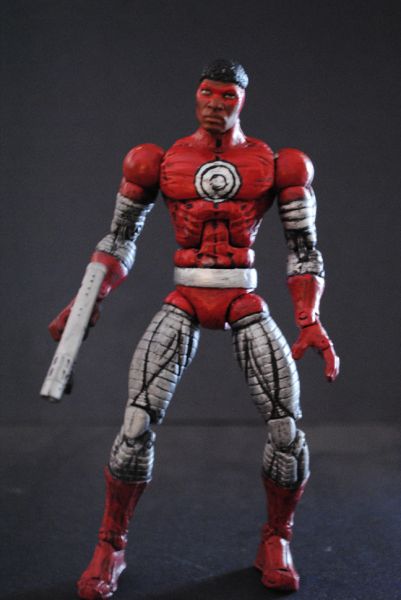 Curtis Carr was born in Kansas City, Kansas.
While working as a chemist and research scientist for Mainstream
Motors, he created an “alchemy gun” capable of transmuting matter from
one form to another by an unknown process (wood to glass, etc.). Horace
Claymore, the company’s president, was impressed until Curtis voiced his
intent to keep the device. Claymore argued that since the gun was made
on company time, it belonged to Mainstream. When Claymore fired him,
Curtis adopted the persona of Chemistro to gain revenge and to extort
his former employers.

In combat with Luke Cage,
Chemistro accidentally fired his alchemy gun at his own right foot,
turning it to steel, though the unstable nature of the transmutation
soon caused it to crumble to dust, leaving him crippled.[1]
Carr was turned over to the police, and in prison was beaten by his
cellmate Arch Morton into revealing the means by which the alchemy gun
worked. Morton took on the Chemistro persona, and Carr invented a
“nullifier” device which enabled Cage to defeat Morton.[2]

Later, Curtis came to work at a division of Stark Enterprises as a
research scientist and Director of Research and Development at Stark
Prosthetics in Denver, Colorado. He created an artificial prosthesis to
replace his missing foot. Stark Prosthetics ended up attacked by the Wrecker during the “Acts of Vengeance” when the Kingpin sent him to attack Iron Man. Curtis aided Iron Man and Jim Rhodes
against the Wrecker and Calvin, although Calvin destroyed Curtis’ left
foot. After that attack, Curtis made another prostheses for his other
foot.[4] 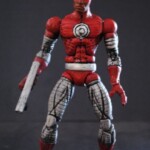 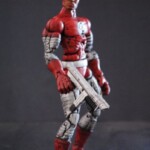