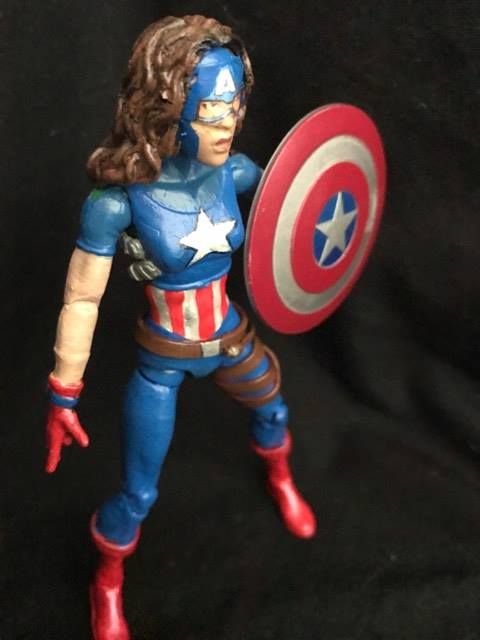 “In the year 20XX, Danielle Cage had become Captain America, having
inherited the powers of both of her parents, Luke Cage and Jessica
Jones.[1] She was also a member of the A.V.E.N.G.E.R.S.
U.S.Avengers

Some
time later, Captain America confonted the Golden Skull again, when the
villain broke into the ruins of the Latverian Embassy to get his hands
on one of the world’s last working time machines. When the villain
escaped to an alternate timeline set in the past, she followed him,[4]
and sought the help of Bobby da Costa, leader of the U.S.Avengers.[5]

Captain
America debriefed the heroes on the Golden Skull and his arrival to
this time.[4] While the heroes attended a high-class gala whose
attendants, some of the wealthiest businesspeople in the world, Roberto
believed were potential targets of the Golden Skull, Captain America
remained on alert, later sweeping the area of the hotel where the event
was being held, looking for the villain’s potential base of operations.

The Avengers faced the
near-destruction of their universe when the evil wizard Moridun revealed
to have taken control of Demiurge’s mind and body. Captain America and
some of the surviving Avengers took advantage of hole opened in the
timespace of the past and traveled there in order to stop Moridun from
taking control of Demiurge in the first place.[7]

After arriving
to the Avengers Island of the New Avengers, Captain America explained
the situation to the local heroes. The Demiurge from this time arrived
and confronted the future Avengers, due to being under the influence of
Moridun, leading to a fight between the two Avengers teams. Hulkling was
able to reach out to Demiurge in his mindspace, prompting the young
hero to fight against Moridun’s control and ultimately expel the evil
wizard from his mind.

Demiurge’s victory over Moridun caused a
temporal divergence that sent the future Avengers back to the future,
albeit a peaceful one.[8]
Powers and Abilities
Powers

Seemingly those of both Luke Cage and Jessica Jones.
Recipe:
Truthfully I don’t know what marvel legend female figure I used. It was just in the “boneyard” 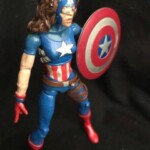 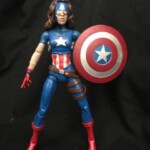 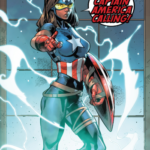