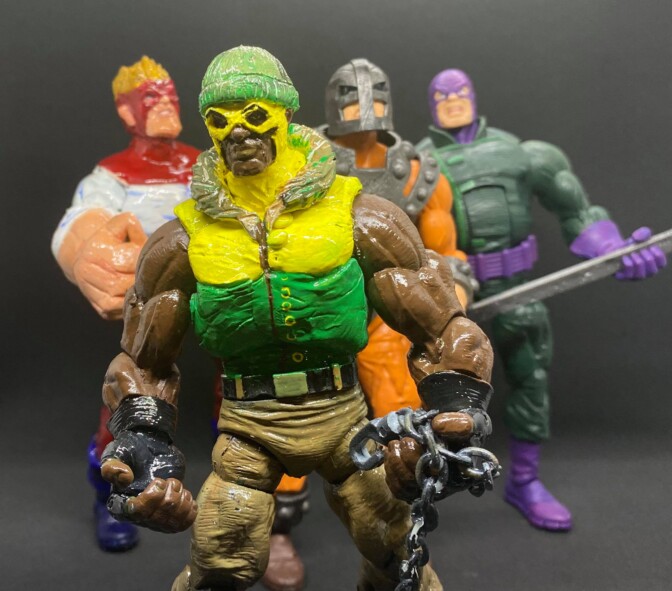 Thunderball (Eliot Franklin)was born in Buffalo, New York.
He became a brilliant physicist and engineer whose greatest claim to
fame was inventing a miniature gamma-ray bomb, something that Dr. Robert
Bruce Banner (better known as the Hulk) was unable to do at that time. Dr. Franklin was often called “the Black Bruce Banner”( I always hated that!!!) because of his genius-level intellect and his scientific knowledge in the field of gamma radiation.
Franklin used his scientific genius in private employ and built a
miniaturized gamma bomb for Richmond Enterprises. However, Richmond
executive J. C. Pennysworth informed Franklin that under the terms of
their contract, all intellectual concepts developed by Franklin
(including the gamma bomb) were the property of Richmond and not his.
Upset that he could not profit from his own genius, Franklin threw a fit
and was fired by Pennysworth and escorted from the building. He later
attempted to steal back his plans for the gamma bomb, but was caught and
sent to prison. It was there that he first encountered Dirk Garthwaite
(also known as the Wrecker, who was de-powered at that time), Henry Camp, and Brian Philip Calusky.

One night during a thunderstorm, Garthwaite broke out of prison,
along with his cellmates Henry Camp, Brian Philip Calusky, and Dr. Eliot
Franklin. He recovered his magical crowbar and held it aloft, all four
men placing their hands upon it. Lightning struck the crowbar, not only
reactivating the enchantment but also empowering the other three men as
well. The four felons dubbed themselves the Wrecking Crew; Camp became Bulldozer, Calusky became Piledriver, and Franklin became Thunderball.
Soon after, Thunderball took an ordinary wrecking ball for an offensive
weapon which was energized by the Wrecker’s crowbar, making it almost
indestructible.

I think is was a ML Hulkling.I extended the legs to make him in the same scale as the rest of the Wrecking Crew. Full sculpt and and fodder head from the boneyard.

I want to take a more modern approach to the costume. 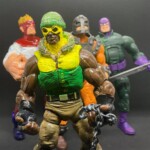 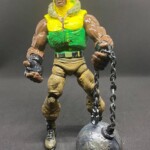