Why Blue Marvels matter: The importance of Black identity in superhero stories

Home Why Blue Marvels matter: The importance of Black identity in superhero stories 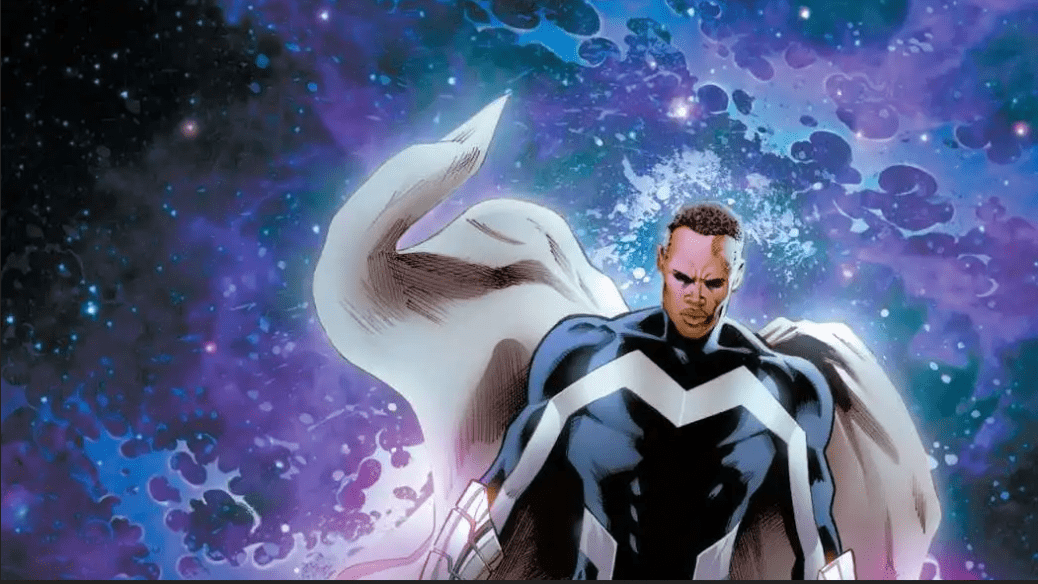 Where is our Black Superman? Comic books — and society — have been grappling with a similar question ever since one of the first Black characters, Prince Lothar, a supporting character in the Mandrake the Magician comic strips, stepped into the panels in 1934. Since then, we have seen the emergence of iconic superheroes like Ororo “Storm” Munroe of the X-Men, Black Panther of the Avengers, John Stewart of the Justice League, and many more. However, we rarely ever get to see these characters take on mainstream, iconic roles, not only in comic books but in their television and film counterparts as well.

While more efforts have been made to diversify movies, television, and comic books in recent years — Black Panther being a particular high point — truly powerful, representative characters who really explore what it means to be Black are still relatively rare onscreen. And for Black characters to be as physically powerful, unbreakable, and incorruptible as Superman? Even rarer. It shouldn’t be like this. There are so many Black comic book characters who have powers beyond our imagination yet receive so little attention and notoriety.

So, to the question of “Where is our Black Superman?” I posit this: There already is one and his name is Adam Bernard Brashear, also known as Blue Marvel.

WHO IS BLUE MARVEL?

Hailing from the Windy City of Chicago, Marvel’s Brashear was well known in his youth for his talents on the football field and in the classroom, earning two Ph.D. degrees from Cornell University, one in electrical engineering and another in physics. After becoming a decorated veteran from serving during the Korean War, he, along with another colleague and friend, Conner Simms, were tasked with to work on Project: Perseus, a government experiment meant to tap into a clean and renewable source of energy that exists between Earth and a parallel universe. The experiment resulted in an explosion that caused Simms to disintegrate into particles of antimatter while Brashear absorbed antimatter radiation, thus giving him super abilities. With the powers of energy absorption and manipulation, matter manipulation, super strength, invulnerability, supersensory awareness, flight, and slow aging, Brashear donned a blue and white costume that covered his entire body to hide his racial identity and fought alongside Earth’s mightiest heroes to save humanity and worlds beyond it.

Kevin Grevioux, a Howard University alum, Black comic book writer, and screenwriter, created the Blue Marvel as a response to heroes like Superman, who were characters of considerable power and physical attributes but never had to deal with the constructs and constraints of racism. In a 2008 interview with MTV News preceding the release of the five-issue miniseries that introduced Blue Marvel, Adam: Legend of the Blue Marvel, Grevioux chronicled the historical issues that racial identity and race relations play in the iconization and representation of Black superheroes, both in the real world and in the fictional Marvel Universe. Grevioux asked MTV News: “Would [Blue Marvel] be hailed as a hero, or would he be an object of fear, given a lot of misconceptions about Blacks throughout our history in this country? All I had to do is give the story a historical context in pre-Civil Rights America.”

A Black superhero who has been said to have the power to split the moon in half, brush off the blast of a hydrogen bomb, and stop a meteor “the size of Arkansas” with ease would certainly be perceived as a possible threat to parts of white America, especially during the Civil Rights era of the ’50s and ’60s, when the initial comics are set. This physical power, and the world’s response to it, are a key part of what makes the Blue Marvel such a symbolically powerful character. To have such a figure in the Marvel world — one that predominantly features white superheroes and is plagued with both racial and mutant discrimination — speaks volumes.

We have characters like Luke Cage and Black Panther who are superpowered, bullet-proof leaders within their communities. These characters are especially symbolically powerful in the current climate, when the kryptonite of so many Black people are police officers with guns, decades of discriminatory lenses over their eyes, and a racially biased system.

However, we have yet to see mainstream Black characters who can not only deflect bullets and lead their people, but can also literally carry the world in their hands like Brashear.

WHAT MAKES BLUE MARVEL SO SPECIAL?

The Blue Marvel’s greatest battle pitted him against not only his former best friend but the racism and prejudice at America’s core. It is revealed later in the comic that Simms survived the explosion and Brashear attempted to stabilize his molecular form. But when members of the Ku Klux Klan kill Simms’ brother during an FBI undercover mission, his views on the world and his mental stability deteriorate as a result of his powers and grief. Simms soon takes on the villainous moniker of Anti-Man and, in true Thanos style, attempts to use his abilities to manipulate energy fields and antimatter to make over the world in his image: without racism, no matter who got hurt along the way.

After a battle with Anti-Man, the Blue Marvel’s tattered costume — which initially covered his entire body to conceal his identity — reveals to the world that he is a Black man. After being forced into superhero retirement by the government for fear of social unrest due to his race, Brashear goes on to live a rather docile and suburban life out of the public eye, leaving the world without the Blue Marvel to look up to.

Some 40 years after the “disappearance” of the Blue Marvel, Anti-Man reemerges with more power than ever. Brashear is called out of retirement by the Avengers and forced to face his failures — when he didn’t stand up against those in power for fear of backlash against his people — by confronting Anti-Man. After going toe-to-toe with the Avengers, watching his wife die, and battling Simms, the Blue Marvel saves the world once again with a bright blue explosion outside of Earth’s outer atmosphere that disintegrates Anti-Man. Following those events, Brashear takes another leave of absence from superheroism to grieve the death of his wife and old friend. Eventually, he dons a new costume crafted by his late wife and returns to the public eye as the Blue Marvel.

Beyond his origin series, Blue Marvel goes on to fight alongside Captain Marvel in the Ultimates and Civil War II storylines. He also becomes the love interest of Spectrum, aka Monica Rambeau, who first appeared in comics alongside Spider-Man in 1982. Monica made her big-screen debut in Captain Marvel (2019), as played by Arika Akbar, and she will appear as an adult in Marvel’s WandaVision (2021) on Disney+ as played by Teyonah Parris.

Blue Marvel’s rivalry with his BFF-turned-nemesis, his relationships with other characters of diverse racial backgrounds and political alignments, and the suppression of such a powerful hero bring out another piece of Blue Marvel’s relevance to the political discussions of today. While addressing the symbolic pitfalls of white savior complexes and the complicated nature of race relations in the ’60s, his story augments the significance of political presence and action.

Using characters such as Blue Marvel to discuss critical and even “touchy” subjects such as changing policy, leadership, behavior, and societal views helps to raise awareness of issues in African American communities. Showcasing powerful Black characters who are at the forefront of these conversations on the comic book pages and on our silver screens can be helpful toward showcasing more diversity and increasing empathy.

In recent years, we have seen an emergence of Black representation in comics, TV shows, and movies. Characters like Vixen, Blade, and Misty Knight are traditionally Black in their comic book appearances as well as on our screens. However, there’s also characters like Black Canary, Domino, Johnny Storm in 2015’s Fantastic Four, and the casting of Zoë Kravitz as Catwoman in the 2021 Batman movie who have been race-bent to be Black on screen but are traditionally white in comics. These characters are great, but it is imperative that we have characters like the Blue Marvel who are powerful in their own right and whose Blackness is a key aspect of their background.

It is no longer enough for characters to be race-swapped for the sake of representation without making conscious efforts to highlight how their race impacts the character in ways that resonate with Black audiences. While all of these characters are absolute badasses both in comics and live-action portrayals, they still often lack depth in their portrayal. Characters whose Blackness is inherent to their stories are our Blue Marvels of the world. They deserve more, and they matter.