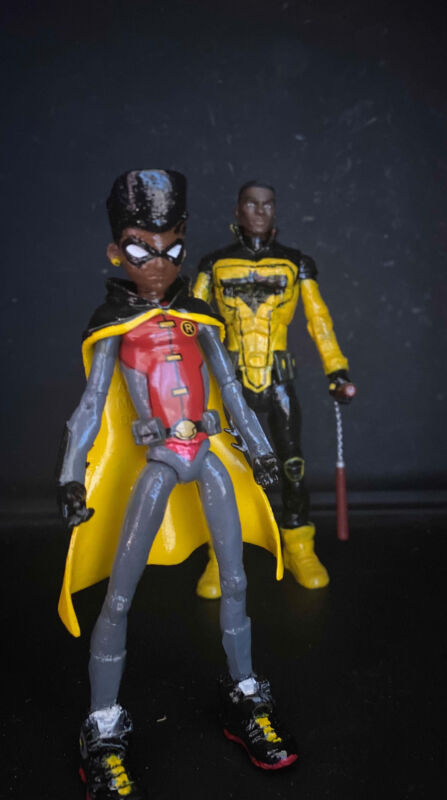 Trill Robin of the Trill League. Character created by Anthony Piper,
which lead to the creation of the Justice League parody ‘The Trill
League’
Who is Trill Robin?
What if Batman’s famed sidekick,
Robin, wasn’t an aerobat-turned-superhero but a young black kid from
Chicago with a high top fade named D’Shaun?

Back in 2012,
Chicagoan illustrator Anthony Piper brought the concept to life with a
sketch of the character who he later dubbed Trill Robin. From there,
Piper, who ironically freelances for Marvel Comics now, started remixing
other popular DC superheroes with plans of using the characters to
create a full fledged comic book series named Trill League. Now, with
over $20,000 raised on Kickstarter from 2015, the young creative is set
to release the first volume of the graphic novel later this year.
But
in the meantime, Piper’s been busy. While the self-taught artist became
a comic book fan from a young age, he started out his career by
designing mixtape covers for underground rappers in Chicago. He later
earned Marvel’s attention through Trill League’s one-off web comics that
he regularly uploads on the comic’s Facebook page (a separate venture
from the graphic novel that will have its own storyline.) Since then,
Piper has worked on some of Marvel’s biggest titles including Invincible
Iron Man, Guardians of the Galaxy: Awesome Mix Infinite Comic, a
one-shot story about Domino in Uncanny X-Men (2016) and an upcoming
secret Marvel project. Last year he was also able to combine his love
for hip-hop and comic books when he teamed up with Method Man to
co-write a Ghost Rider X-mas Special.

But, despite making it to
the big leagues, Trill League continues to be Piper’s passion project.
Along with Robin, Piper also hilariously parodies A-list superheroes
like Superman, Batman and Wonder Woman. Instead of Superman being the
last surviving Kryptonian, he’s from Swolton, a fitness-obsessed planet.
Blackmayne, the equivalent of Batman, is the son of two slain Neo-Black
Panthers. Wonder Woman’s counterpart, Wonderisha, is from the warrior
island of Kenyattate and uses her “lasso of truth” to make sure
Swolemayne isn’t cheating on her. He often fails.

Since Piper
created Trill Robin, the series has garnered over 30,000 likes on
Facebook and the attention of Adult Swim, who are currently in talks
with Piper about turning it into an animated series. We chatted it up
with Piper to talk about Trill League, his thoughts on DC films and what
we can expect if Adult Swim picks up the series.

Recipe:
just a lot of putty & a new paint job. More to come! 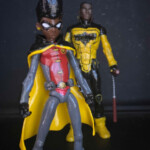 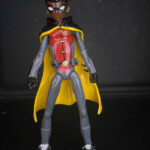 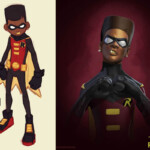 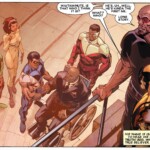